Orignally used for Winnowing by African Tribes, and typically as Serving Platters Binga Baskets are now widely used as beautiful additions to home furniture sitting flat or can be hung grouped together in different patterns and sizes to make amazing decorative wall art.

Binga Baskets, also known as BaTonga Baskets are hand made in the Binga Region of Zimbabwe by the Tonga (BaTonga) Tribe. The basket making skill has been passed from generation to generation among the Tonga women. The women use Ilala (Palm) Grass which naturally grows in Binga.

The women in Binga produce baskets with complicated designs which are geometrically proportional. This makes their art intriguing, sophisticated and lucrative to high end markets.

Binga is a district on the south eastern shore of Lake Kariba in the province of Matabeleland North, Zimbabwe. Binga was built to rehouse the Tonga people whose homelands were flooded when Lake Kariba was created. During the flooding they reluctantly resettled on higher ground. They were forced to move from where they’d lived and fished for centuries so that the power of the Zambezi could be harnessed for electricity.

Binga District is one of the outposts of Zimbabwe that is underdeveloped, with limited access to roads, especially during the wet season. It is also one of the most sparsely populated districts of the country. 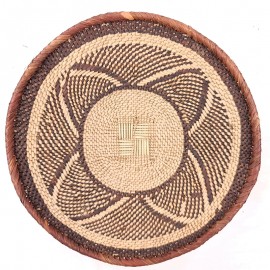 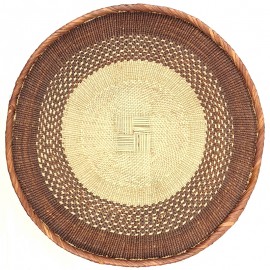 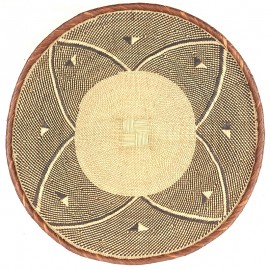